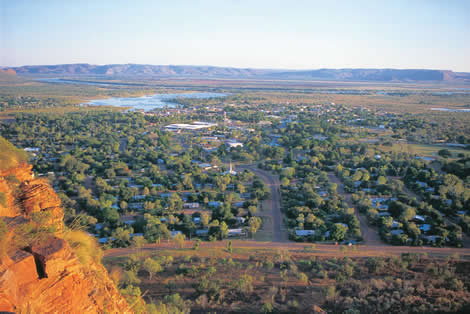 Kununurra in the very beautiful East Kimberley area of Western Australia is where the retail Aboriginal Art Gallery of Artlandish is situated. Located 40 kilometres (24.8 miles) from the Northern Territory border and 800 kilometres (500 miles) from Darwin, this remote town of approximately 6,000 permanent residents is host to over 100,000 domestic and international visitors during the Dry Season (April to September), and acts as a portal to some of the most rugged yet breathtakingly picturesque country in the world.

There is a very well known saying in Australia When you open a gate, make darn sure you close it. This is the Outback Bible when travelling in the vast country areas. There is one exception Kununurra is a gateway that never closes. It is the entrée to a magical world of everything big and beautiful lakes, leisure, waterways, waterfalls, fishing, camping, diamonds, sunrises, sunsets, boabs, billabongs, never-ending mountain ranges and million acre cattle stations (ranches) where it is a very long way between fences with gates.

It is no wonder that Baz Luhrmann chose the country close to Kununurra when filming his acclaimed epic movie Australia to showcase the unique and unforgettable character of the Land Down Under.

The word Kununurra in local Aboriginal language means meeting of the big waters with the damming of the mighty Ord River in the early 1960’s creating Lake Kununurra and the huge Lake Argyle, the immediate surrounds of the town offer a permanent paradise for fishing, boating, bird watching and all manner of activities for outdoor enthusiasts. When visiting Lake Argyle, to see such a small wall holding back a volume of water twenty-two times the size of Sydney Harbour can only be described as unforgettable.

When Lake Argyle was created, much of the country where the Aboriginal people lived and worked, including the Old Argyle Station, was covered by this immense inland sea. All that is visible of the land beneath are the many mountain peaks protruding like sentinels above the water. 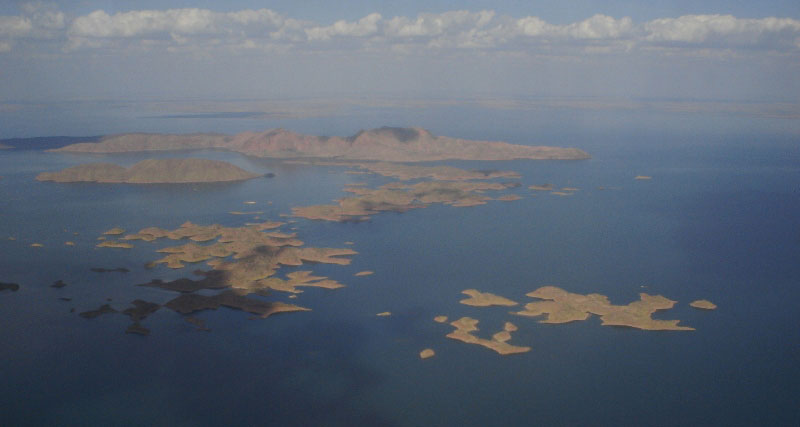 The peaks of the mountains around Old Argyle Homestead, standing like sentinels above the incredible inland sea of Lake Argyle.

The Aboriginal artists from this area still paint the country as they remember it many years ago, prior to this monumental inland sea being created, in particular Freddie Timms and Phyllis Thomas. The East Kimberley region is home to the legendary Ochre Masters such as Rover Thomas, Queenie McKenzie, George Mung Mung, Paddy Carton, Paddy Jampinjii, Jack Britten (all deceased). The legacy they have passed down to successive generations is immense the artists paint their country in natural earth pigments, the landscapes are depicted accurately and invariably accompanied by a Ngarrangkarni (Dreamtime) story explaining the phenomena of the creation of their spectacular homeland. Ochre Art of the Kimberley is a significant specialist contribution to our Australian Art Industry.

Whilst Kununurra acts as the hub and introduction to the many wondrous activities and adventures of the East Kimberley region, the town hosts what has become a major event in May each year the Ord Valley Muster.

After a week of cultural and entertaining activities, including a corroboree by the Mirriuwong Aboriginal dancers featuring the Joonba owned by renowned artist Alan Griffiths. 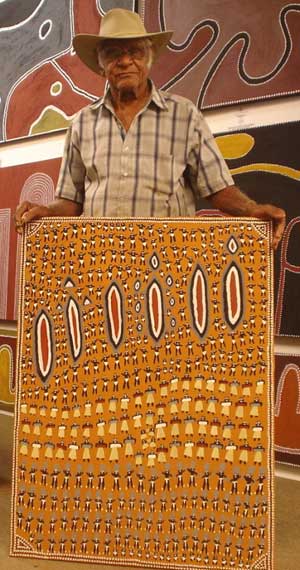 This festival culminates in The Kimberley Moon Experience which is a must-not-miss extravaganza of Australian camaraderie, fine wine and food and world class entertainment.

The immense region of the East Kimberley includes Mitchell Plateau and Kalumburu to the far north, the port of Wyndham which is the oldest town in the Kimberley 100 kilometres north of Kununurra, many Aboriginal communities surrounding Kununurra, Doon Doon and Warmun communities, the cattle stations such as Bow River going south to Halls Creek which is a distance of 400 kilometres and is the start of the desert country of Central Australia. 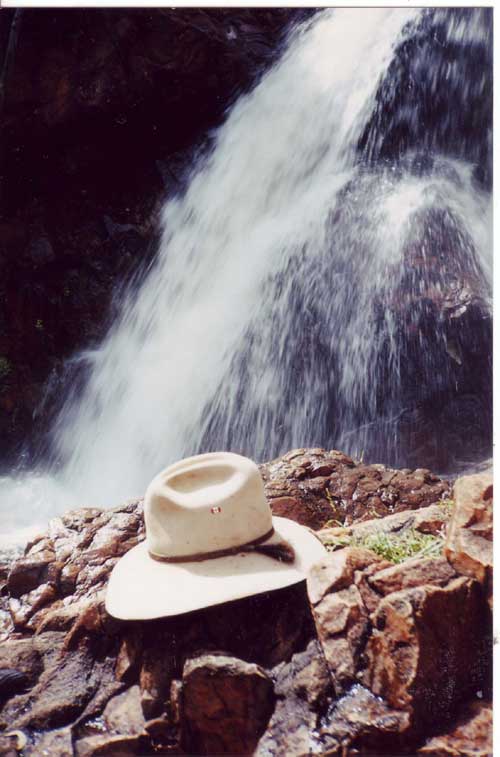 Photos from around Kununurra