Wood carving has always been an integral part of Aboriginal culture. Of necessity, with the most rudimentary tools, the people carved wood for many purposes – implements with which to hunt and gather food, to build their shelters, boats for fishing and travelling, for protection of their lives and territory, for ceremony and dance and to mark sacred sites such as the burial poles in the Tiwi Islands. For information about the tools used see our page Implements, stone axes, spearheads (jimbala). (coming soon) 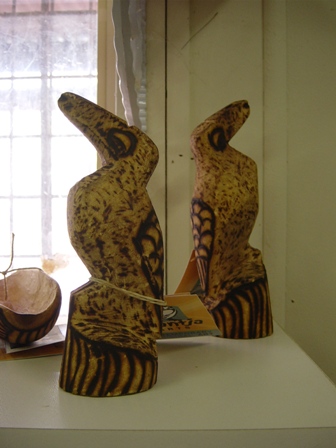 Aboriginal artefacts have now become a highly prized commodity attracting interest from all over the world, some pieces achieving amazingly high prices on the secondary market. The carvers and artefact makers have passed their knowledge to successive generations, who are continuing the make these collectable items with the same clever craftsmanship as their Traditional Elders.

Coolamons are normally oval in shape, and were predominantly used by women for bush tucker gathering. The native fruits, such as the wild passionfruit, plums, figs, tomatoes, raisins as painted by Reggie Sultan are in the main small and the women spent many hours walking to find enough to satisfy their tribe. Bush bananas are much larger fruit, growing on a parasitic vine attached to a larger tree, and were obviously a much sought after food source, depictions of which were made famous by the late Eunice Napangardi. A large format work by Eunice of Bush Banana Dreaming was commissioned by the Alice Springs Airport for the Opening in 1991 and hangs in good company with a work by her associate, the late Clifford Possum Tjapaltjarri. Soft wood is favoured for making of Coolamons, such as the Gyrocarpus Jacquini (Helicopter Tree) in the Kimberley region. Iwantja Arts and Crafts produce bowls decorated with beautiful designs of birds and animals or traditional patterns by burning the wood with wire heated on the camp fire, and the women of Warlukurlangu Art Centre at Yuendumu paint their paraja (coolamons) with bright and intricate designs.

Digging Sticks of various lengths and shapes (pointed or blunt ended) were used by the women to collect honey ants, witchetty grubs and the all important yam (sweet potato) which was a staple part of their diet. All these food sources are reflected in the paintings and Dreamings of our Aboriginal artists. 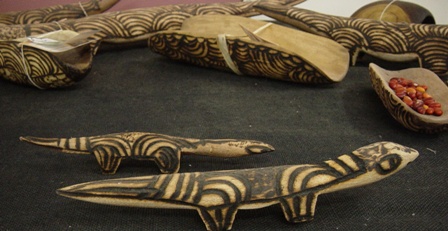 Hunting implements include the boomerang, woomera and spear. Whilst both boomerangs and spears were used in other countries, the woomera is distinctively Australian and is actually a lever to increase the speed at which a spear travels and the distance achieved. Made of wood, Spinifex resin with a hook end of animal bone, it acts as an extension of the thrower’s arm. The woomera is one of the most sought after of the Aboriginal Artefacts by serious collectors. Wooden Shields were used as a defence against boomerangs used as weapons. 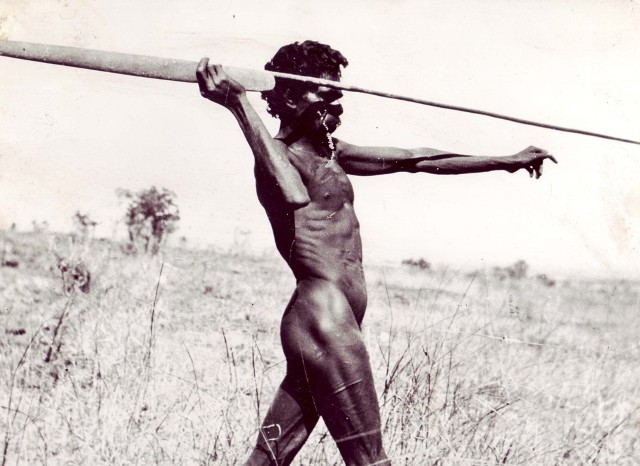 To complement the necessities of life the Aboriginal people have always carved wooden artefacts both for Ceremony and decoration. Clapsticks (singing sticks) were used as percussion instruments along with the didgeridoo. Clapsticks are presented in a variety of sizes and styles, painted or plain as well as burnt incised. Punu or wood carvings are still made by Iwantja Arts and are decorative, interesting and Traditional. 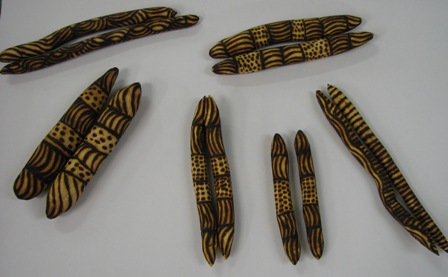 Click here to view artifacts and gifts in our Online Gallery