Carving is synonymous with Aboriginal Culture, from the rock art of the Wandjina to the simple drawings in the sand of the desert people. Many tribes carved rocks, leaving handprints saying “We have been here”. Some of these include drawings of children’s hands, telling the world that the whole family or tribe were in that place for some time. 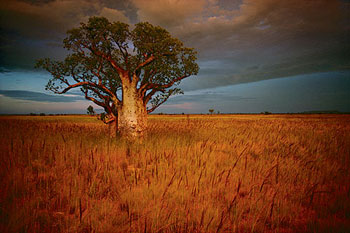 The Artists have now taken carving a step further – Aboriginal people are producing magnificent pieces – wood carvings of figurines, imaginatively carved tree stumps which magically appear as a bird with wings, furled in the hands of the artist, totem carvings of Arnhem Land and the Tiwi Islands, slate carvings from the abundance of natural soft rock in the Northern part of Australia, wood carvings of birds and animals painted with artistic skill to be lifelike. To the untrained eye, a branch of a tree is just that – to an artist, it becomes a snake, or goanna, or turtle. These artefacts stem from the Aboriginal’s power of observance, imagination and raw, clever artistic talent.

BOAB NUTS OF THE KIMBERLEY

The Boab Tree is a mystery in itself – purportedly native to Madagascar, it grows in Australia only in the Kimberley Region of West Australia and the Victoria River area of the Northern Territory. Its trunk is voluminous, often trees are seen growing in “triplicate” (three trunks intertwined), its branches spiderlike in comparison with the bulky trunk – impressively monolithic to say the least.

Aboriginal people used it for shelter, and its large “nuts” for food and medicinal purposes. The early white settlers often chose particular trees as meeting places on stock routes when droving – and then there is the Prison Boab near Derby, able to hold overnight up to ten prisoners en route to the next town.

Now, the Boab Tree has become part of the Art of the Aboriginal people – the large nuts provide a wonderful avenue for painting and carving. The picking of the nuts to be used for artefacts is vital to the finished product – the nuts must dry on the trees, but be picked prior to the winds, which suddenly arrive, to sever the nuts from the branches and send them crashing to the hard earth below. The larger and better formed the nut, the more sought after – but then, even the small ones are presented as tiny birds, echidnas, and all manner of interesting flora, fauna and ornamental objects.

The boab nuts from Wyndham are of a darker natural colour, and the artists there take the opportunity of finely etching faces, usually of elder Aboriginal people, together with their Totems such as snakes, kangaroos and other native animals. The nuts on the working cattle stations at Doon Doon and Glen Hill are huge and hard – it takes a strong carver like Gordon Hall to make an imprint on these – his pieces are almost three dimensional (so are his paintings) and he carves so the central figures actually “stand up” from the nut. Different techniques, but also very clever.

We have pieces by many artists from all over the Kimberley region – their works make ideal centre pieces for table settings, mantelpiece ornaments, outdoor decorations. 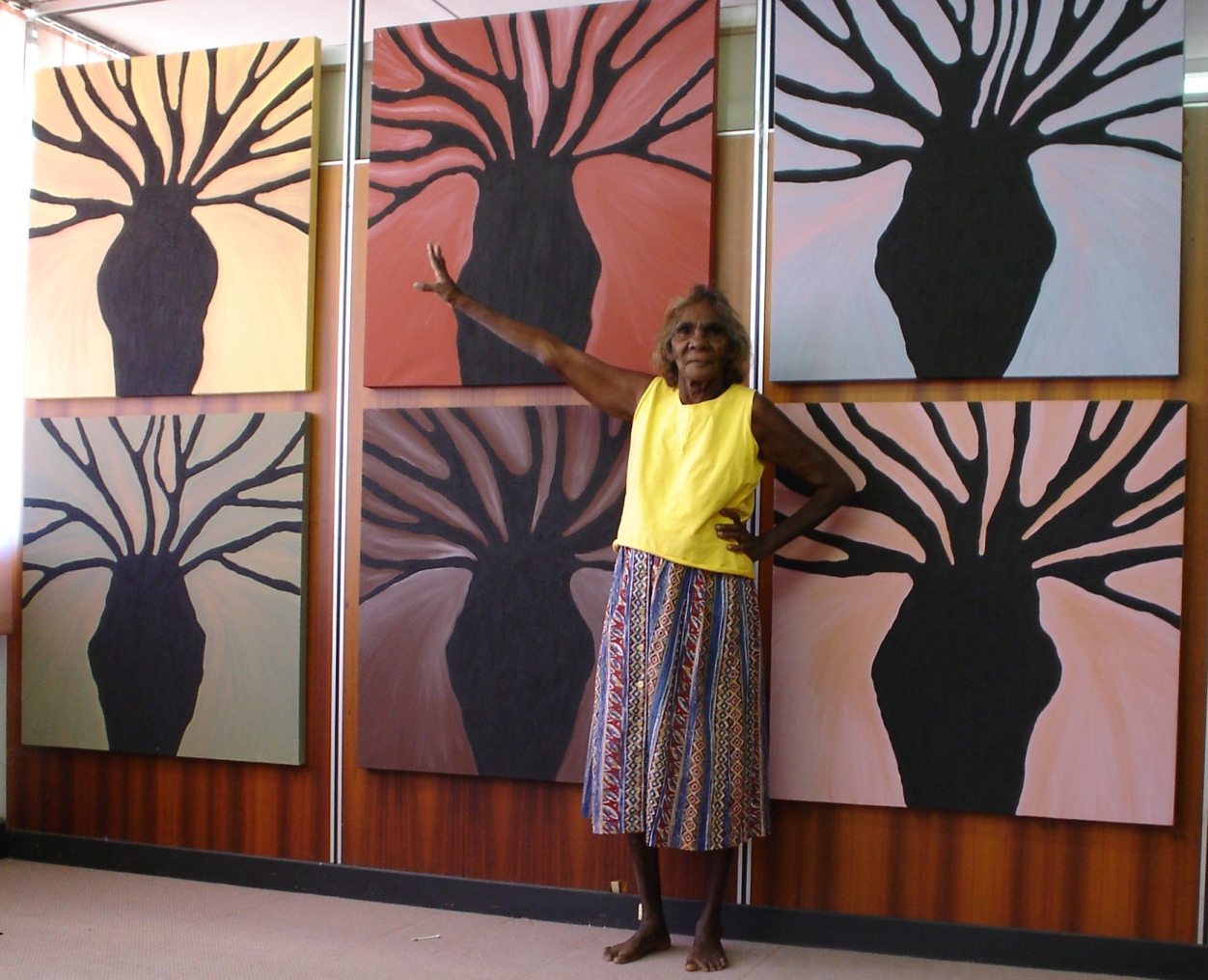