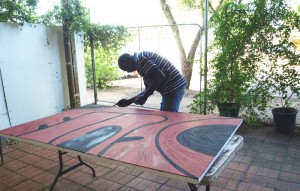 In today’s society, Australian Aboriginal art is considered to be one of the most prestigious forms of Australian contemporary art. It’s more than just an image that is appeasing to the eyes. The content explicitly displays the relations between the land, the law and religious beliefs of the Aborigines.

After white colonisation took place in Australia, the Aborigines felt the need to preserve their culture through a system that could be hidden from the eyes of outsiders. The deep symbolic meanings behind their art are rich in historical value and spiritual knowledge. The oldest form of art (not including the cave paintings) are the bark artworks which are still painted today in Far North Australia.

While in the past, Australian Aboriginal art has been known to be rich with historical content and old stories, the newer contemporary pieces now include a dimension of social and political character. The paintings demonstrate the intimate and strong connection the Aborigines have to their land and country. They believe that they own the country and the country also owns them. 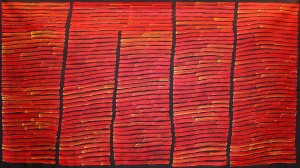 In today’s Australian market, some of the most popular and highly priced Aboriginal artists include Clifford Possum Tjapaltjarri, Rover Thomas, Albert Namatjira,  Tommy Watson, Emily Kame Kngwarrey, and Minnie Pwerle to name just a few. Although some of today’s Aboriginal art is not drawn from the areas that were first settled by the Aborigines and it does not explicitly express the culture, it is still considered to be authentic in nature.

There are now both museums and educational programs dedicated to spreading the knowledge of Australian Aboriginal art to others. Most of the Aboriginal artists are from Indigenous communities and have no formal training. It’s entirely based upon the traditional skills that have been passed down from generation to generation.  Today there are those who are considered ‘urban’ Indigenous artists who have studied in art schools and universities located in southeast Australia. This is still considered to be controversial today but all in all, Aboriginal art has definitely grown in worldwide recognition throughout the years.