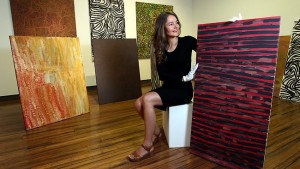 20 Aboriginal Artworks by Emily Kngwarreye are up for sale! What a rare opportunity to see so many artworks from a master painter on sale at one time! It will be very interesting to see how they go. This will give the auction part of the aboriginal art market a good indication of how they are traveling!

Regardless, I’m confident that most will certainly be beyond my budget but it will be interesting to follow that’s for sure. 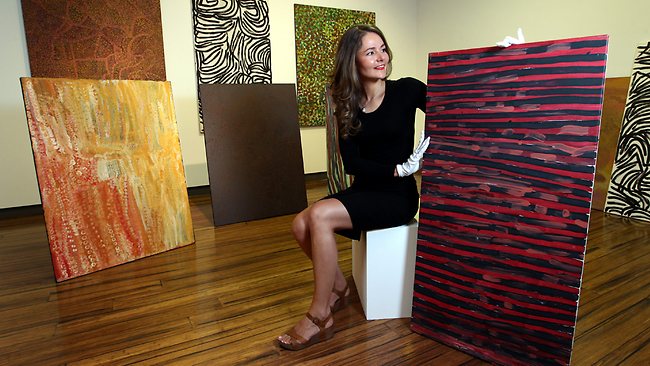 Annabel Holt with paintings from her family’s private collection of work by Emily Kame Kngwarreye. The paintings go on the block on March 27. Picture: David Geraghty Source: The Australian

THE Aboriginal art market will be tested further this month when 20 paintings by acclaimed desert artist Emily Kame Kngwarreye are offered for sale by Deutscher and Hackett.

The works were collected by the Holt family, owners of Delmore Downs, a cattle station near Utopia, north of Alice Springs, where the artist widely referred to as Emily spent much of her time.

Among them is a canvas called Ceremony that hung during much of the late 1990s in Darwin’s Museum and Art Gallery of the Northern Territory. All works have been owned exclusively by the Holts and only a few have been offered for sale. They are coming on to the market following the separation of Delmore’s owners, Donald and Janet Holt.

“Quite a few of the paintings I’d have loved to have kept and given to my children but I need to sell them now,” Mr Holt said.

The collection is valued at $800,000 to $1.3 million and features at least one work from every year Emily painted during what was a short but productive career from 1989 until her death in 1996.

Mr Holt’s daughter Annabel said she spent many days among the paints with the artist on the Delmore homestead’s veranda. “She could come down to Delmore and it was safe and a sanctuary,” Ms Holt said.

Mr Holt would not say how many other works by the artist were in his vast collection.

“I had over 300 paintings by the time I was 21, I didn’t know what I was buying, I just bought what I liked,” the second generation station owner said.

The Delmore Downs paintings will act as the curtain-raiser for Deutscher and Hackett’s first Aboriginal art sale of the year, which consists of 100 works valued at $1.8m to $2.55m.

The sale in Melbourne on March 27 will be held three days after Bonham’s Sydney auction of the 300-piece Laverty Collection, which includes many Aboriginal artworks and is valued at $4m to $6m.

Aboriginal artworks have been attracting low prices in recent years compared with the boom prices paid in 2007 and 2008 but auctioneers are hopeful the provenance of these two collections will attract strong bidding.

Original Article can be found here